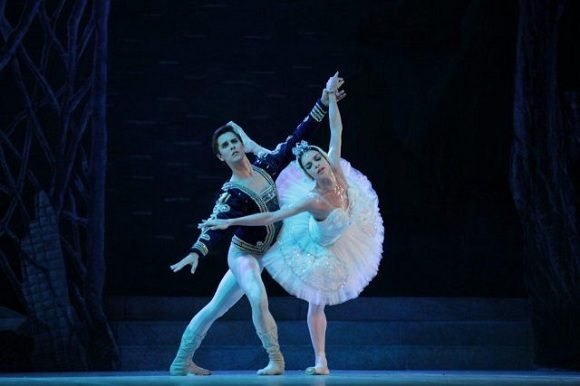 Havana, Dec 24.- The National Ballet of Cuba, Cultural Heritage of the Nation, announced for this weekend its last performances of the year, with a program that includes classic and contemporary works from its repertoire.

For next Saturday, December 26 at 8:30 p.m. and Sunday 27 at 5:00 p.m., at the Gran Teatro de La Habana Alicia Alonso, the performance of the acclaimed Cuban company is scheduled, which develops these days an intense day of celebrations for the centenary of the prima ballerina assoluta Alicia Alonso (December 21).

The performances will host the second act of Swan Lake and Adagio de la Rosa and the pas de deux The Blue Bird from Sleeping Beauty in the Forest, both with choreography by Alonso on the originals by Lev Ivanov and Marius Petipa, respectively.

According to the information, the company directed by the prima ballerina Viengsay Valdés will also present Celeste and the pas de deux and the coda of Theme and variations, by George Balanchine.

In the leading roles, the audience will be able to enjoy the group's first dancers such as Anette Delgado, Sadaise Arencibia, Grettel Morejón, Claudia García, Dani Hernández, Rafael Quenedit and Adrián Sánchez, supported by the dance corps.

Tickets for these performances are on sale at the Grand Theater box office from this Tuesday, from 9:00 in the morning to 5:00 in the afternoon.

These days the National Ballet of Cuba is developing a day of celebrations for the centenary of one of its founders, Alicia Alonso, among which the program that she presented last weekend in the García Lorca Hall of the coliseum that bears her name stands out. Five years ago.

The great Cuban dancer, a leading figure in ballet in Cuba and one of the most important in the world, was also honored yesterday by her company, in collaboration with the Cuban Institute of Cinematographic Art and Industry, with the screening of the filmmaker's work Giselle Enrique Pineda Barnet, at the Acapulco cinema in the capital. (ACN) (Photo: File)