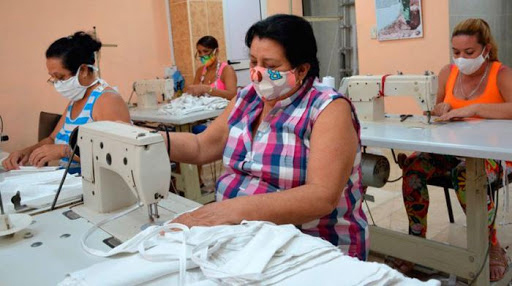 Havana, Jan. 20.- More than 56 thousand people have come recently to the municipal Labor Offices to seek for available job options.

Today the Granma newspaper highlights that this validates one of the fundamental pillars of the Ordering Task: promoting a greater interest in work and that this, in turn, becomes the main source of income for people.

The figures, shared by Marta Elena Feito Cabrera, Minister of Labor and Social Security (MTSS), on her official Twitter profile, indicate that, until the 18th of this month, 28,173 people have accepted the job offers issued, from of which 5,292 correspond to the budgeted sector, 13,147 to the business sector, and 9,734 to the non-state sector.

On the other hand, the cooperative sector has made 4,868 places available, of which 3,044 are in basic units of cooperative production, 1,643 in agricultural production cooperatives and 181 in credit and service cooperatives, he added.

In her recent appearances, the Minister has expressed the country's intention with the wage reform and other transformations so that the economically active population grows, and that jobs are generated based on local development and the needs of the territories.

In response to this interest, the app Job Offers has also been designed, which, as of January 28, will be able to be used by both applicants and employers in Cuba.

The APK was developed by the IT department of the MTSS, and contains the employment needs declared by the different state entities, cooperatives and self-employed workers in all the country's provinces, including the special municipality of Isla de la Juventud. (Text and photo: PL)