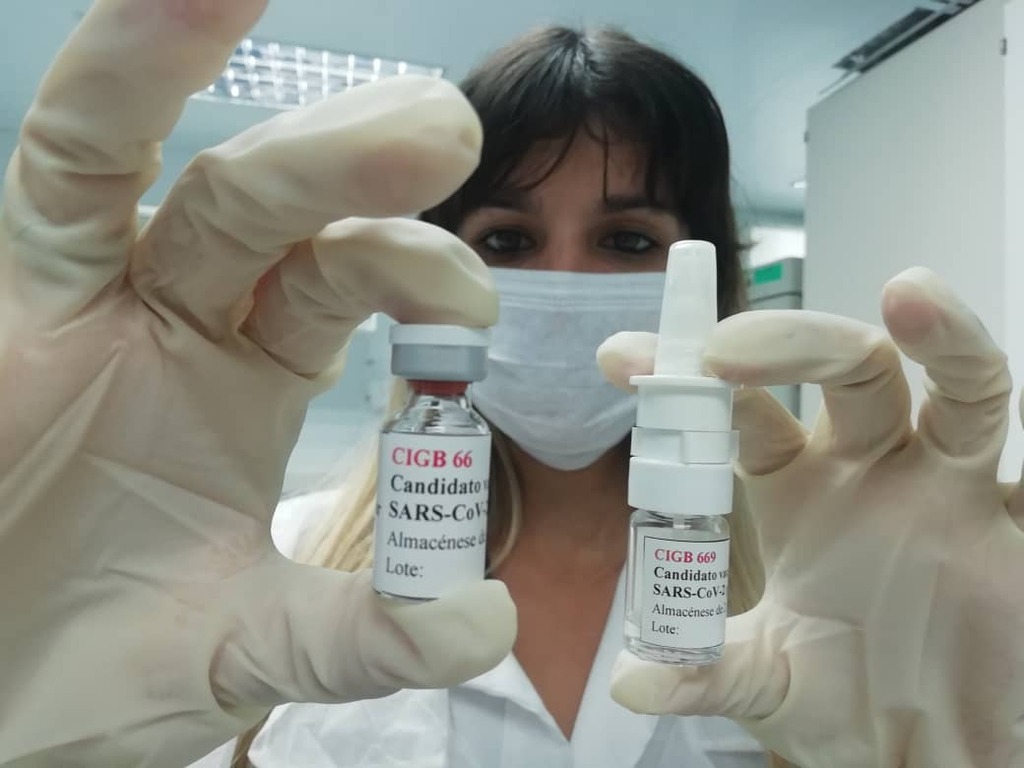 Havana, Jan 25.- The Center for Genetic Engineering and Biotechnology (CIGB), in the capital, has the potential to guarantee a greater production of vaccine candidates, satisfy the demand for drugs intended for the treatment of Covid-19 positive patients and respond to international requests, assured Oscar Cruz Gutiérrez, its deputy director of production.

The also Master of Science said that the pandemic represented a challenge for the institution and the leadership of the Group of Biotechnology and Pharmaceutical Industries of Cuba (BioCubaFarma), because the financial limitations are complex.

The blockade strongly impacts the biotechnology sector, these are products of high added value, with high regulatory standards and the raw materials generally come from the United States, Canada and Europe, hence their obtaining was increasingly difficult in the face of the continued restrictions of the previous Washington administration, he added.

However, the researcher pointed out that over the years experience has been gained in the preparation of a large group of specialists, necessary not only to obtain biotechnological products and the formation of human capital, but also in the generation of ideas and alternatives that allow strategies to be drawn up with a view to maintaining the vitality of the industry.

Regarding the vaccine candidates Mambisa and Abdala, he said that they were studied taking into account international references and the experience of the center with technological platforms.

He highlighted that joint work with other BioCubaFarma entities and various areas of the center made it possible to shorten production times, as well as the teamwork of the workers and especially the young staff.

Referring to other innovations of the CIGB in the fight against the pandemic, the deputy director of production explained that Heberon (recombinant human interferon alpha 2b) was one of the first drugs used as it was an antiviral agent par excellence.

Then they used HeberFERON (a combination of recombinant human interferon alfa 2b with recombinant human interferon gamma), which had a positive impact on the negativity of the patients, and from the completion of a production plant it was possible to obtain the drug on a larger scale Jusvinza , used in critically ill and critically ill patients, he said.

The researcher stressed that all these products reduce the country's expenses due to the non-importation of drugs, and are an alternative by having the latest generation drugs.

He also insisted that the CIGB continues to guarantee the rest of its productions, with more than 14 biological lines with a view to its application in antiviral, anticancer or immunomodulatory response diseases.

Cruz Gutiérrez also explained that commercial activity has expanded to several countries, especially Latin America, Africa and Asia, and that currently there are negotiation and development projects with first world nations, where competition is greater and large companies need production volumes to enter those markets and compete with biotech monopolies.

He recognized among the achievements of the institution in its almost 35 years of creation having a competent staff and having been able to transfer technology and products to nations such as China, India, South Africa, Brazil and Venezuela, which legitimizes the efficiency of the Cuban industry. (Text and photo: ACN)