Cienfuegos could become the next home of Cuban Judo 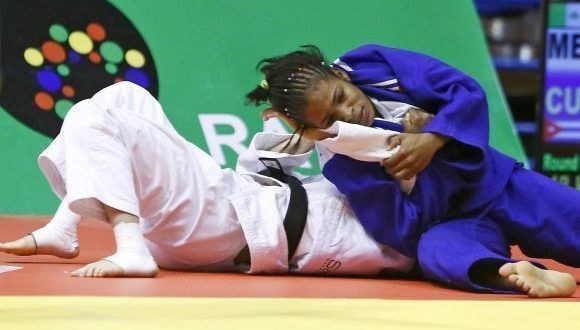 Havana, Jan 26.- Cuban judokas committed to the Tokyo Olympic Games await approval of a training base in the central province of Cienfuegos.

Rafael Manso, president of the National Judo Federation, informed the Cuban News Agency (ACN) that the direction of the National Institute of Sports, Physical Education and Recreation is making arrangements for the pupils of Yordanis Arencibia and Julio Alderete to continue preparing for the Japanese appointment, postponed for the summer of 2021.

Faced with the situation due to Covid-19 in the world and in Cuba, especially in Havana, where the national teams of all disciplines are based, judokas could have the possibility of traveling to the Pearl of the South, as Cienfuegos is known, where Arencibia's pupils have already been, while Alderete's did in Santiago de Cuba.

They arrived on Cienfuero and Santiago soil after a long individual preparation at home; under these conditions, they left for Qatar, home of the Doha Master's Degree, a contest to which the best 32 classified in the world ranking were invited.

The results were not as desired, but they added points for the lists of the world and under the five rings, especially Kaliema Antomarchi , in the 78 kilograms (kg), and Maylín del Toro (63 kg), who finished seventh and achieved 468 units .

Ortiz arrived in Doha as the leader in the ranking of his division, Silva (second), Del Toro (seventh), Antomarchi (eighth), Granda (seventeenth), and in the classification zone, one per country, for a total of 20 judocas.

Estrada, which is located at step 32, occupies the place of Cuba by the continental quota, also one per nation.

Before traveling to Doha, Manso told the ACN of other top-level competitions in the Cuban plans, pending confirmation, among them the Grand Slam of Tel Aviv, Israel, and Paris, France (February).

The World Championship in Budapest, Hungary, in June, is also in the sights, added Manso, who then pointed out that these could include others with the possibility of being located in the Olympic zone by the ranking for the Olympic Games, scheduled from July 23 to August 8 in Japan. (ACN) (Photo: File)